Liberal Party said that Andrew Scheer’s small businesses changes proposed today are a tax cut for the 1 percent and 83 percent of tax cut will go to the wealthiest 1 percent.

Canada has the longest coastline in the world, one-fifth of the world’s fresh water, and vast and wild forests — but climate change puts them all at risk. It’s more important than ever to protect the natural landscape we know and love. At the same time, Canadians of all ages should have the chance to enjoy our natural wonders and learn more about our country.

“We have listened to the courageous voices of young people who are demanding that their governments take bold action to protect our nature for future generations,” said Leader of the Liberal Party, Justin Trudeau. “And we know that we raise environmental champions by helping the next generation experience Canada’s natural beauty firsthand.”

“Conservatives want to take us backward, and make pollution free again. This isn’t an exaggeration – they’ve told Canadians that’s what they’ll do.”

Here are two questions for Andrew Scheer in Montreal, about things he hasn’t told Quebeckers what he’ll do:

Single-use Plastics Ban – Canadians know first-hand the impacts of plastic pollution. Conservatives have refused to commit to keep the ban. Will Scheer admit he’ll reverse it?

Harper pulled Canada out of the Kyoto Accord, but didn’t campaign on it. Scheer should be honest about the damage he’d do to the environment and climate before Quebeckers vote in October.

Variants may reduce protection of vaccines

Ontario Extending Stay-at-Home Order across Most of the Province 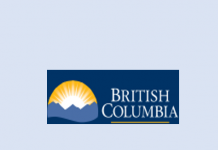 Supports for youth in care extended another year 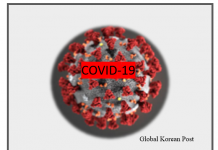